Now nearing 1 billion total in sales, Tammi Montgomery originally partnered with Curaytor in 2016 after discovering Chris Smith and telling her husband: “we gotta hire this company.” Her business has achieved unparalleled production since that time, achieving 70 million in sales in 2018 and now 160 million in only the first six months of 2022. 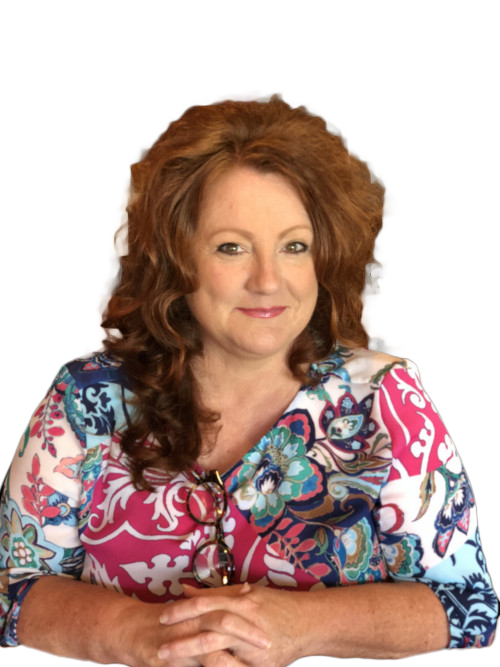 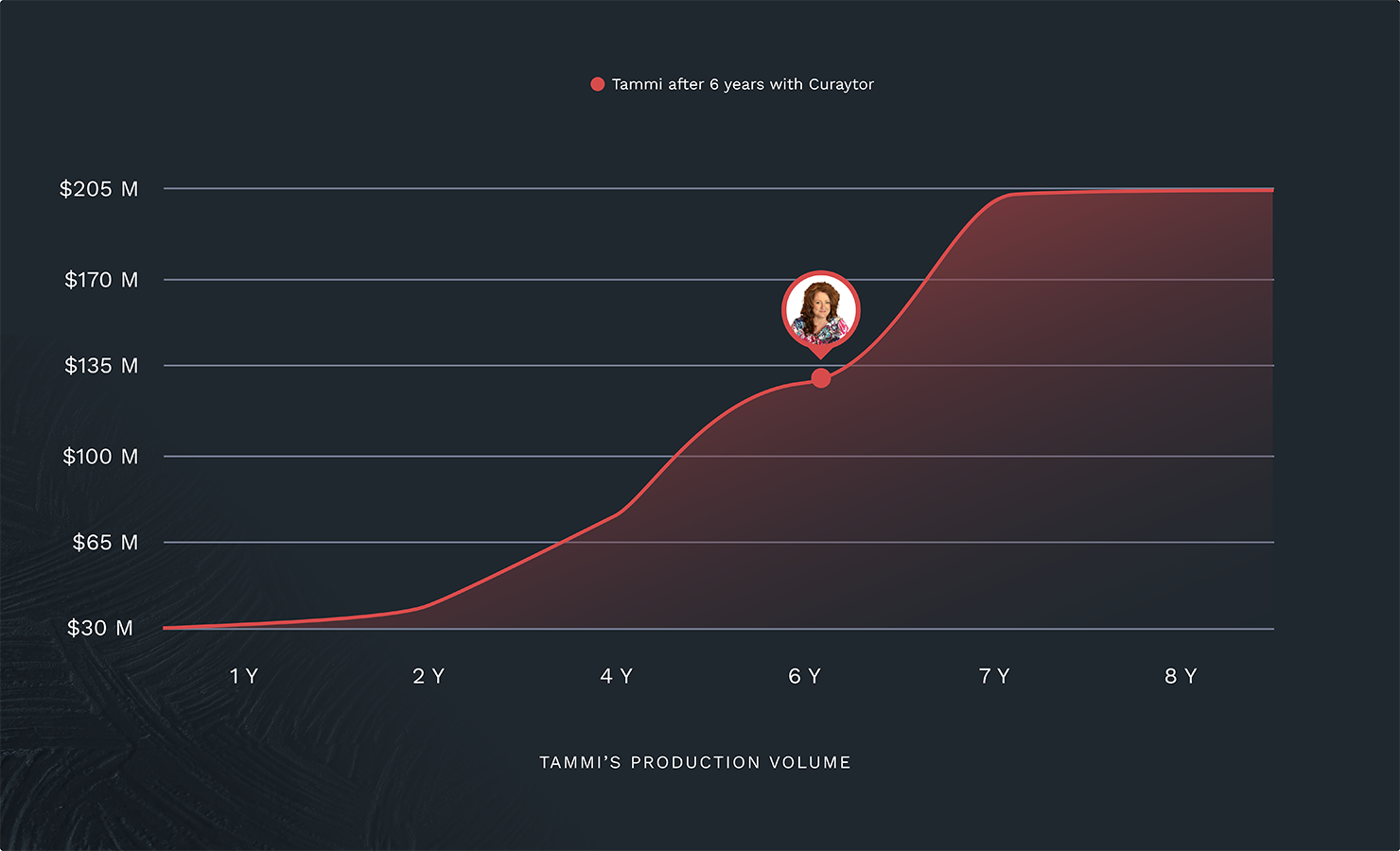 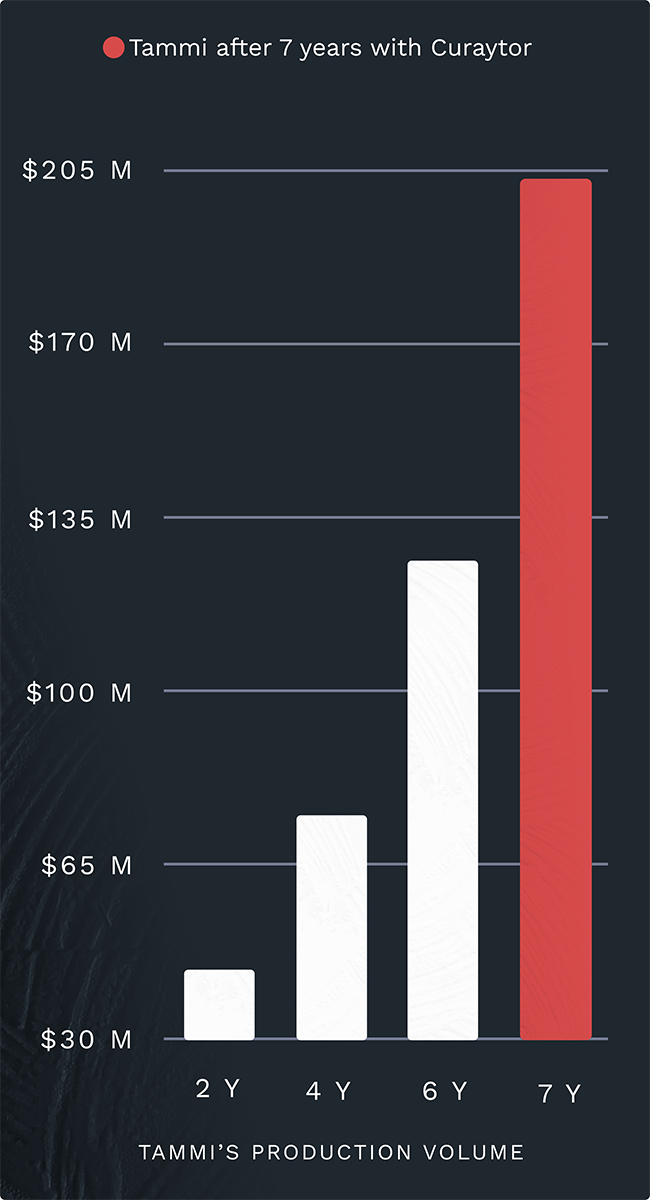 Tammi’s business sense and communication savvy helped her accomplish unheard of success early in her career, but partnering with Curaytor gave her an “explosion in growth.” In Tammi’s words “it’s been crazy.” Securing nine-figures in sales during the last three years, she’s now ready to duplicate the profound gains she’s had in Louisiana and plans to expand her reach into Florida. “We want to duplicate what we have here down there and take Curaytor with us.”

Back when Tammi first got her license, she had remarkable success during her first year as an agent so she didn’t think she’d need marketing. After all, 10 million in sales is an incredible number for a new agent, especially given that Tammi’s region—Shreveport and Bossier City—isn’t packed with multimillion dollar homes. The average price point is about $220,000 and the population isn’t terribly huge either—about 375,000.

But working 12-hour days meant Tammi was working in the business rather than on the business. Something needed to change. The “forward thinking” approach of Curyator made a huge impression on her at just the right time.

Instead of reaching out to potential clients and chasing leads, Curaytor has changed the dynamics of her business. Now home sellers call her and ask “Hey Tammi, when can you come this week?”

In fact, leveraging Curaytor’s GMB (Google My Business) service has recently resulted in 41 direct calls last month alone. Another game-changer: her introduction to Chime, which is, in Tammi’s words “the best CRM ever invented.”

As someone with an unlimited mindset who loves what she does so much she doesn’t “think [she’ll] ever retire,” it was difficult for Tammi to hand over the reins at first, but she soon learned the importance of outsourcing her marketing.

“Curaytor does everything for me,” Tammi says.

For her, the return on investment has been “through the roof.” In addition to the impressive sales figures, Tammi has over 200 reviews on Google, and her team is the #1 RE/MAX Team in the State of Louisiana for 2017, 2018, 2019, 2020, and 2021. Additionally, she’s the #1 Realtor in the NWLA Board of Realtors since 2015. She’s secured multiple deals per month directly due to her partnership with Curaytor.

What she appreciates most about Curaytor is being part of a community with the top performers in the country. The support has been invaluable. One of her favorite services Curaytor provides is the “done-for-you marketing.” The convenience and benefits of the relationship are beyond compare. “It takes a lot off my plate,” she adds.”

When speaking of Curaytor’s many new innovations and services, she’s an enthusiastic believer. “If you offer it, I’m in.”

So what are the logistics of Tammi’s incredible sales figures?

It’s all about volume. “We did 448 transactions last year,” Tammi says. And achieving such incredible numbers requires the right team. “Couple the relationship with Curaytor with well-trained agents, and consistently do good work every single day”—that’s her advice for agents who want to achieve her level of success.

What’s the best approach in a changing market?

Tammi has strong opinions when it comes to managing a business during economic downturns and the possibility of a recession. “90% of agents contract.” To Tammi, any sort of downsizing or reduction in spending is a mistake. In her eyes, what’s occurring right now is a shift from a “lucky market to a skills-based market.”

Those who aren’t investing in marketing and advertising right now risk losing out on the transformation that’s taking place. “Every time we have the opportunity to put on the gas, we do. We double down. There’s a huge opportunity in the next 2-4 years. And I say you need to jump, jump hard and jump now. Increase ad spends and increase reach to people. On the other side of this recession, is the potential to emerge bigger than we are.”

What’s the most important thing for new agents to learn?

For Tammi, it’s communication. “Connection and follow up. In real estate: learn the ways to communicate with people about the market. Speak the truth.” Also, she adds, “learn scripts. Training in communication and content is free. You just have to learn.”

Especially in the changing economic weather, agents will have to “go back to a skills-based, content-based approach.” Whatever the coming months and years bring, it’s not something to be feared. “I see an opportunity in the change that’s coming,” Tammi says.

The future for Tammi and her team.

Next month, she’ll be taking her test to get licensed in Florida. She wants to “have some referral agents down there.” Expanding to Florida with confidence is possible because she loves having a whole team at her back “working behind the scenes.” If the prospects in Florida mirror Tammi’s success in Louisiana, her future clients will likely be thrilled. According to one of Tammi’s 200+ Google reviews, “Tammi was, hands down, the best realtor experience have ever had. She was responsive, understanding and overall amazing to my wants and needs. She is the only realtor I will use from now on!”