Josh was drawn to Curaytor because it becomes your web presence, your social presence, and your 24/7 business storefront. He also appreciates their ability to use tech and sales interchangeably. 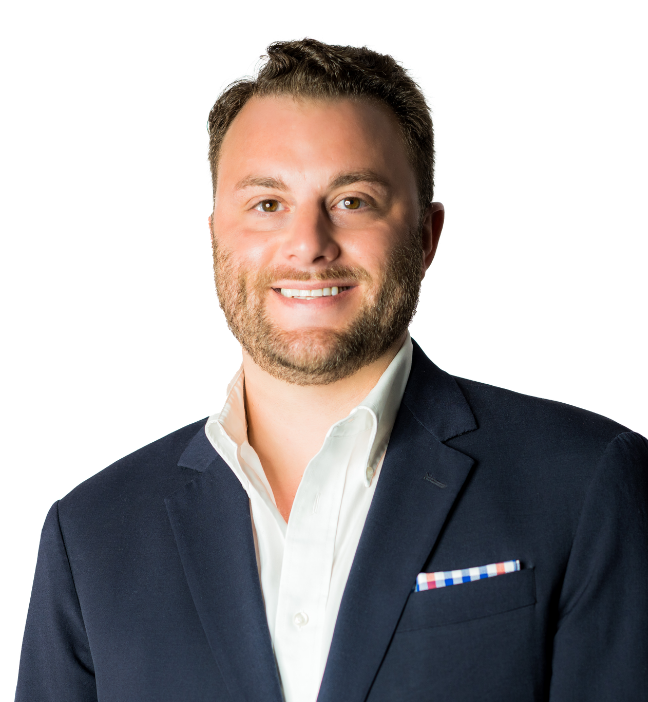 "Curaytor has had a really large impact on my life and my business and the way I see myself compared to other agents. Not in a chauvinistic way or any sort of braggadocious way. But there's a certain level of crispness." Josh goes on the analogize the average agent with a closet full of suits, whether from goodwill or custom-made. "If those suits represented the agents in the marketplace out there, the Curaytor clients are the crispest suits you want to grab first out of the closet."

Initially, real estate had never been on the horizon. After graduating with a degree in French and Politics and Government, Josh expected to work at the UN. It didn't work out that way. Three days after graduating from Ohio Wesleyan University, Josh moved to Boston.

To build up a social network in Boston, he started attending a local democratic committee and became the chair of that committee within two years. Eventually, he worked his way up in politics and decided to run in a special election for a prestigious state representative seat once held by Barney Frank. Thinking he would win with all his endorsements and all the door-knocking he did, the loss was devastating and ultimately life-changing.

"Like most people, I got into real estate because I lost an election."

Having lost that special election, Josh was burnt out from politics. He wasn't sure what to do at that point. It turns out his wife's family was involved with real estate, and they told him, "you'd be really good at this."

Josh got started with two mentors who were setting up their own real estate team together at Charlesgate Realty Group in Boston’s Back Bay. Josh informed them "I don't know what the hell I'm doing in real estate guys, so would you teach me?" They agreed and instead of attending graduate school like his buddies were, it was like a hands-on graduate internship where Josh did a little bit of everything. Intrigued by many facets of the work, Josh got his real estate license in Massachusetts in May 2013.

Eventually, the team became a Wall Street Journal Top 100 Team. Not a lot of folks can say they were on a team that was a top 100 team.

In 2015, Josh and his wife Lindsay’s first daughter was born premature and spent five weeks in the NICU. "Things are put into perspective when your firstborn is in the NICU," Josh explained that their closest relatives were in Schenectady, New York and you couldn’t put a price tag on nearby family when it comes to their help and support.

Josh left the team and returned to Ohio with his family in November 2015. "Going from the Top 100 to then not closing anything for six months, at a lower price point, was some humble pie."

“My big mistake and the one thing I do regret early in my career is leaving my team. I think one of the biggest mistakes agents make when they're doing well on a team is leaving because they think they can do things better and make more money.”

Josh found Curaytor after being an avid follower of The Watercooler Podcast, created and hosted by Curaytor co-founders Jimmy Mackin and Chris Smith. Josh says, "I loved it. I would make myself a solo date night and do the laundry or something just so I could listen." It wasn’t uncommon for Josh to run into Jimmy in a coffee shop in Boston’s North End, prior to returning to Ohio.

What he liked the most was the idea that Curaytor becomes your web presence, your social presence, and your 24/7 business storefront. He was also drawn to Curaytor for their ability to use tech and sales interchangeably.

Recently, Josh closed a lead from Curaytor’s PPC service that became his second-highest buyer deal in Ohio. Leveraging the email marketing tool, he’s able to attract referrals at a much higher price point.

Tips and tricks he learned from Curaytor to turn his current listings into more listings can be turned into advice.

“You do so many great things that the average agent out there, especially agents just starting out, they know what social media is but don't take advantage of creating stories within a community like Curaytor."

Curaytor offers so many things that it's hard to figure out where to start. It can be very overwhelming. You have BombBomb video emails, conversion tools, Chime CRM, and a marketing plan that needs to be followed. Doing just one thing will not scale your business. You have to put in the work.

"My best advice to new Curaytor agents or teams is to execute that weekly marketing plan." He asks them to consider it "the sprints you had to run, to be in shape for the game." That type of conditioning will make things a lot easier in the long run.

Additional advice is to take the time to personalize emails and social media posts. Josh carefully cultivates his online presence by staying on top of his marketing plan by tweaking and editing content. He finds that there is a difference between new agents and seasoned professionals from, let's say, 2015 who like to edit their content. Agents from 2022 are looking for automation and shortcuts. Josh knows that is not high-level marketing and spends an hour and a half every week tweaking the automated content with his own brand and style.

Finally, "If you have listings use your Curaytor tools and your Curaytor coach to absolutely squeeze every ounce of juice out of that listing that you can."

When considering where he wanted to see himself in the next 15 years, Josh came to the realization that he wanted to build a business that he could transition to his daughters in 15-20 years, should they wish to follow the real estate path.

"Honestly, I'd love to build a book of business so that if my daughters, after they get out of college, want to work with me they can, and that'd be really cool to kind of hand that off." Of course, one of his daughters wants to be a bus driver, and that's okay too.

The Power of Community

One of the special features of Curaytor is that they have clients all over the country. This community is connected and committed to helping one another succeed. Josh knew he wanted a particular online social presence.

"With Curaytor as a partner, I have the system built-in for the marketing, for sales, for coaching, for the community." Josh recognizes that he can't be in the office all the time, particularly when his wife works full-time, and he wants to be there for his daughters, aged 4 and 6.

"I'm planning to start small, be my own person, and use Curaytor's system to kind of run my business."

"I'm grateful to be part of your community. It's a really cool group and I can't wait to get together in person again."